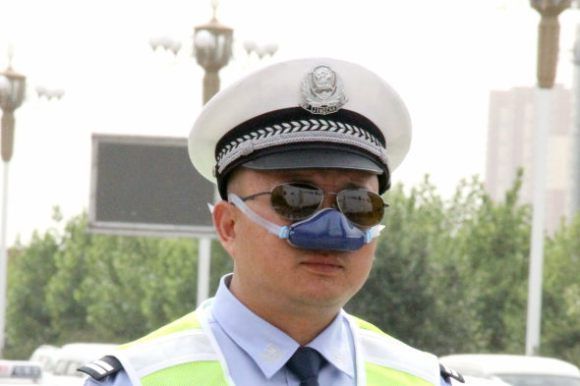 Laura McQuarrie — May 21, 2014 — Eco
References: toychan.net & en.rocketnews24
Share on Facebook Share on Twitter Share on LinkedIn Share on Pinterest
On May 14th, thanks to a donation worth over $16,000 from a Beijing technology corporation, Chinese police officers in Shijiazhuang, Heibei will be able to breathe clean air outside. With air pollution and smog being such concerns in China, you have to feel for the people who are required to spend large portions of their days outside and know that inhaling all that exhaust can't be good for their health.

The air-purifying nose devices are small and allow the officers to breathe as normal, aided by a 3D sealing technology, capable of cutting out 99% of airborne toxins. Although they don't cover the mouth, it's better than nothing and doesn't get in the way with any orders that they need to give. As well as being generously donated, the wearable nasal devices were also colored blue to match the police force's uniforms.
4.4
Score
Popularity
Activity
Freshness
Get the 2021 Trend Report FREE