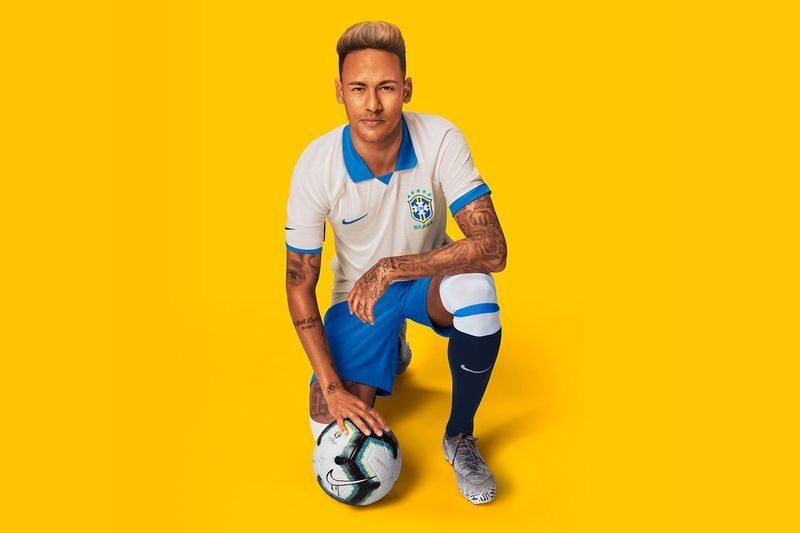 Nike Unveils a Special Kit For the Brazilian National Team

Amy Duong — April 10, 2019 — Lifestyle
References: store.nike & hypebeast
Share on Facebook Share on Twitter Share on LinkedIn Share on Pinterest
This year, Brazil celebrates a special milestone as it recognized 100 years since the Brazilian National Team won the Copa America. To honor the special occasion, Nike launched a new kit for the tournament and drew inspiration from the 1919 Copa America.

The top is complete with a clean white foundation as the base and boasts blue details across the traditional polo neck collar, the sleeves, and the branding Nike Swoosh emblem. All of the athlete's numbers will also be decorated in the same blue color. Additionally, the jersey also features the caption "o team Brasileiro," which translates to The Brazilian Team -- it is seen over a striped blue and green back panel. The kit is accompanied by a pair of blue shorts, and navy blue socks with a white, blue, white patterned turnover.
1.8
Score
Popularity
Activity
Freshness
Attend Future Festival