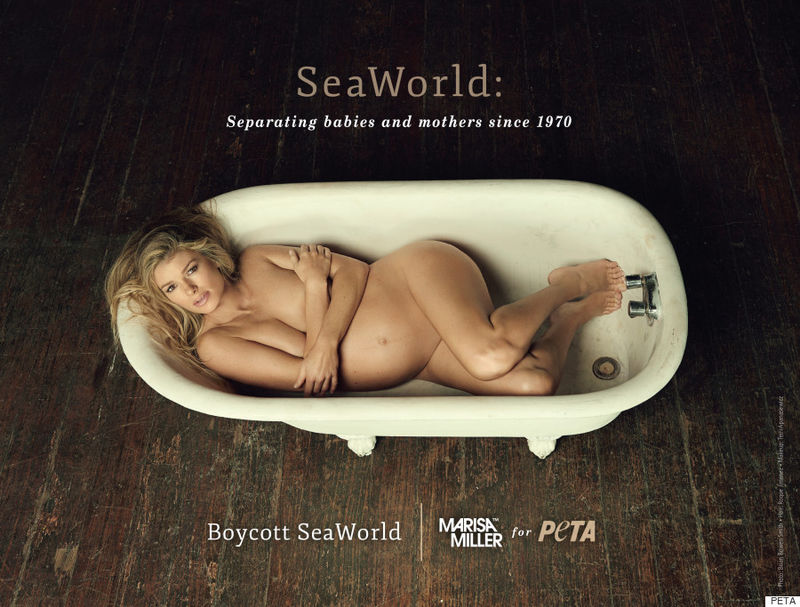 Marisa Miller Takes it All Off for the 'Boycott SeaWorld' Movement

After watching the critical SeaWorld documentary 'Blackfish,' Miller decided she too would take a stand with the Boycott SeaWorld Movement. In partnership with PETA, Marisa Miller has become the lead model in the latest PETA campaign surrounding the SeaWorld boycott. In the ad, Miller is seen pregnant and nude in an empty bathtub. In this photo, Miller is to represent the mother ocras that are separated from their young when captured and forced into SeaWorld confinement. Marissa Miller, who is pregnant in real life, states that she is passionate about this movement due to her being a mother herself.