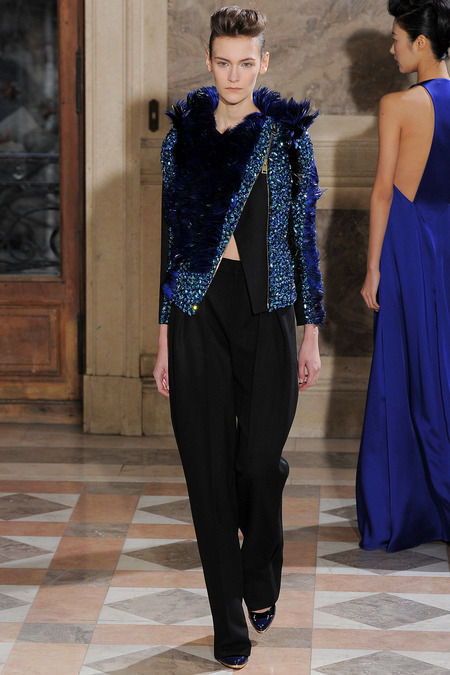 Ashley Noelle Lesiak — January 25, 2014 — Fashion
References: bouchrajarrar & style
The very first official Bouchra Jarrar Spring 2014 Couture show was presented this week. Up until December, Jarrar was only a guest member of the strict couture society. The Chambre Syndicale finally granted her couturier statues, making her the first woman to be appointed in thirty years. You might be upset to see that number, but Bouchra Jarrar is just happy to be part of the club.

You can clearly see how excited the designer is from her exuberant Bouchra Jarrar Spring 2014 Couture‏ show. Mostly known for having a very minimalist and monochromatic aesthetic, the new couturier took this opportunity to take flight. Bold and luxurious feather coats in bulky shapes were presented in blacks, oranges and blues. There was still a lot of her trademark minimalism in the form of impeccably tailored shirts, jackets and trousers.
2.1
Score
Popularity
Activity
Freshness