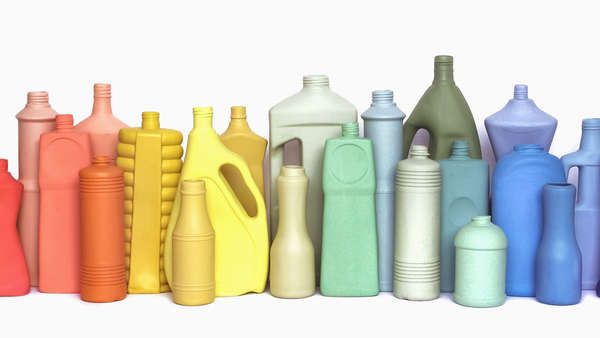 Meghan Young — October 7, 2012 — Eco
References: foekjefleur & fastcodesign
Share on Facebook Share on Twitter Share on LinkedIn Share on Pinterest
Bottle Vases by Foekje Fleur, an industrial designer hailing from Rotterdam, the Netherlands, is a series of ceramic containers that were inspired by common product packaging. As a student at AKV Sint Joost in Den Bosch, the designer came across an article about the plastic soup in the Pacific Ocean, a place where all floating trash collects and remains forever. Inspired to make a difference, even if it was a small one, she visited the banks of the local Maas waterway and started to collect bottles to transform them into something that can be used again.

The result were the Bottle Vases by Foekje Fleur, which was submitted for a school project. They were so well-received that she went to Jingdezhen--the Chinese capital of porcelain--and went into production with the help of local craftspeople.
5
Score
Popularity
Activity
Freshness
Jeremy Gutsche Keynote Speaker