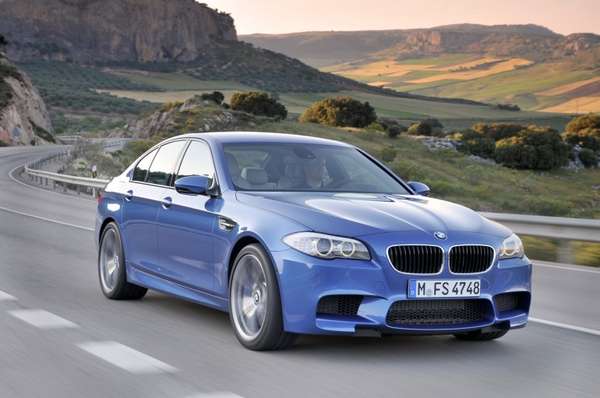 The BMW M5 2012 is Ultra Practical and Powerful

Jordan Sowunmi — June 17, 2011 — Autos
References: bmw & gizmag
Last April, BMW released images of their Concept M5, which served as a preview of their highly anticipated BMW M5 2012. After a few months of rumors and anticipation, BMW has finally released images and information on the BMW M5 2012, and it is a car-lover's masterpiece.

In addition its incredible power, the BMW M5 2012 is also a fuel efficient machine. The vehicle contains a 4.4 V8 engine and cuts fuel consumption by over 30 percent when compared to the previous version of the M5.

The BMW M5 2012 is expected to be released late this year, with an official public debut rumored for the Frankfurt Motor Show in September 2011.
5.9
Score
Popularity
Activity
Freshness