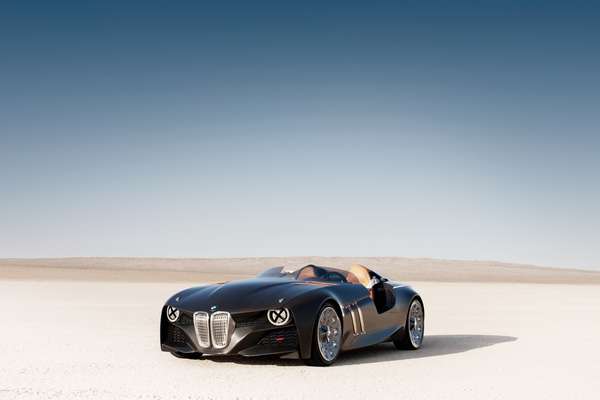 The BMW 328 Hommage is Pure Style and History

Jordan Sowunmi — May 24, 2011 — Autos
References: bmw & autoblog
The BMW 328 Hommage is a sleek, powerful and stylish tribute to a vehicle that was named one of the 25 greatest cars in history.

The BMW 328 Hommage was created in honor of the BMW 328's 75th anniversary and has been built to match the specifications of the original work. The BMW 328 Hommage weighs in at an exceptionally lightweight 1,720 pounds, is outfitted with carbon fiber reinforced plastic, and features a powerful 3.0-liter, six-cylinder engine.

It's hard to look at the roofless wonder with anything but sheer amazement. While the concept car will not be made available for mass production, many of the specifications on the BMW 328 Hommmage will be used on future BMW 3-series vehicles.
4.1
Score
Popularity
Activity
Freshness