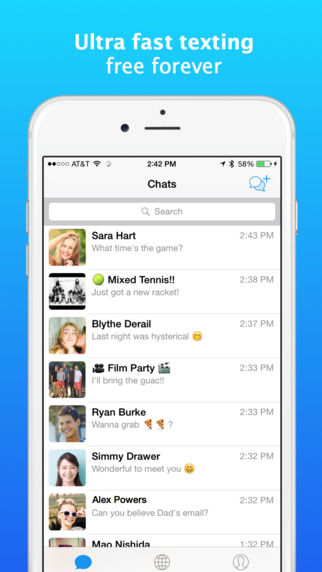 This Bluetooth Chat App Lets Users Message Anyone in The Vicinity

The founders of Sochat believe that phone numbers are obsolete. In the near future, they say, everyone will be communicating through apps. With the Sochat Bluetooth chat, people can create social connections with anyone in their surroundings. When they open the Sochat app, anyone near them who also has it installed will appear to them.

Because it functions via Bluetooth and not wifi, it can even be used in settings like airplanes and lecture halls, where wireless Internet connections may not be available. Chat is not conducted through users' phone numbers, and contact information is not revealed to the people they chat with. Sochat simply allows users to communicate on the Bluetooth chat platform itself.
2.7
Score
Popularity
Activity
Freshness
Access Advisory Services