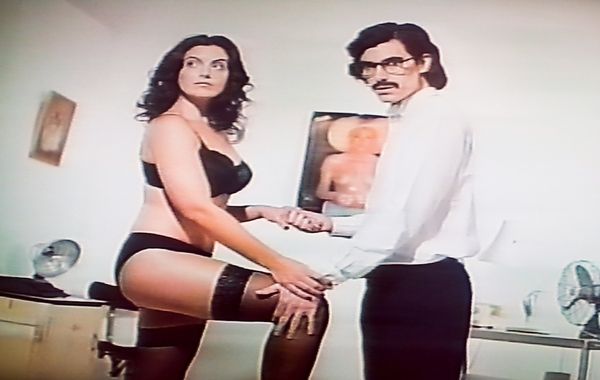 'Blue Movie' Brings Back The Golden Era of Explicit Film

Vasiliki Marapas — April 11, 2014 — Naughty
References: danwilton & vice
Share on Facebook Share on Twitter Share on LinkedIn Share on Pinterest
Photographer Dan Wilton is a seasoned pro when it comes to shooting the glitterati of the music industry. Indeed, Wilton has followed the who's-who of the music world around as they tour the world, gifting the masses with photographs of their behind-the-scene antics.

If you'd like to have a taste of what porn-viewing was like back in the 70s, look no further -- the editorial even goes as far as to take on the grainy image quality of a VCR for added believability.
2.5
Score
Popularity
Activity
Freshness
Jeremy Gutsche Keynote Speaker