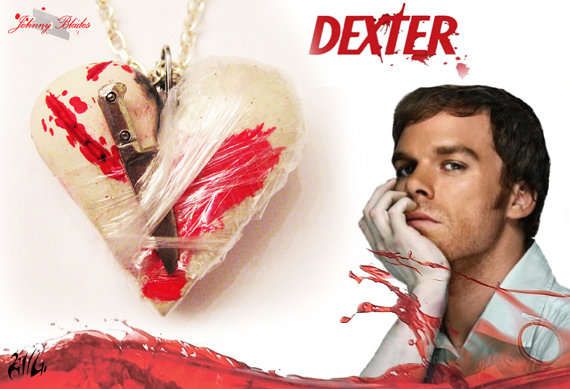 The ironically heart-shaped locket has a texture similar to plastic wrap, referencing serial killer Dexter's penchant for wrapping his victims in plastic wrap before killing them. Attached to the heart by the plastic wrap is an impossibly sharp knife. Surrounding the knife is a pool of crimson blood, transforming this from an innocent, naive locket into a grotesquely murderous accessory.

While most people would not immediately think of Dexter when contemplating the inspiration behind fashionable jewelry, but this locket proves that the gruesome and grotesque can indeed translate into fashion. With this sleek new locket, Dexter fans everywhere can subtly express their love for the complicated and darkly twisted serial killer, Dexter Morgan.
2
Score
Popularity
Activity
Freshness
Attend Future Festival