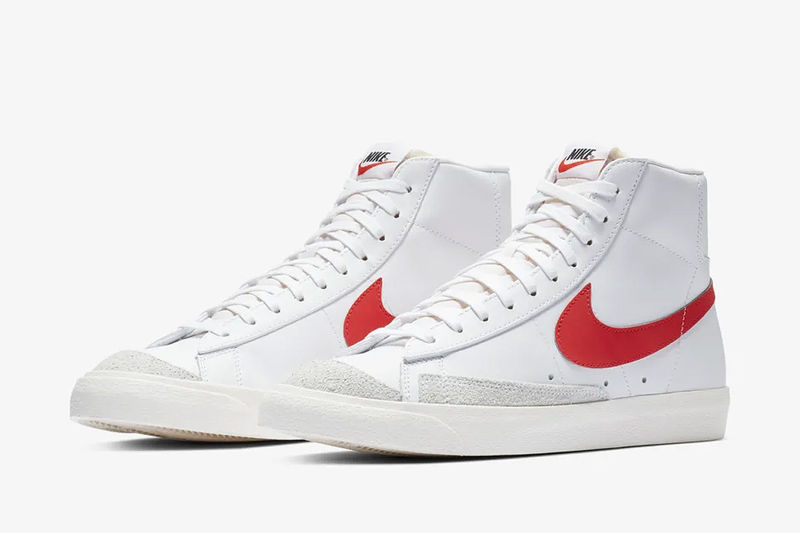 Amy Duong — January 19, 2019 — Fashion
References: nike & highsnobiety
Nike introduces three new colorways of its signature Blazer Mid '77 sneakers, set to launch this Saturday, January 19th. The Blazer Mid sneakers made its original debut back in the year 1972 and received its name from Portland's basketball team when it first joined the NBA that year. It is a signature footwear model off the court as well, serving as a foundational design for many models that follows in previous decades.

The three new colorway options highlight green, red, and blue. The sneakers are constructed from white leather throughout the uppers and boast branding details in the form of a colorful Swoosh respective to each colorway. There are also branding accents on the tongue and the heel, with a notable distressed vintage textile across the midsoles.
5.4
Score
Popularity
Activity
Freshness