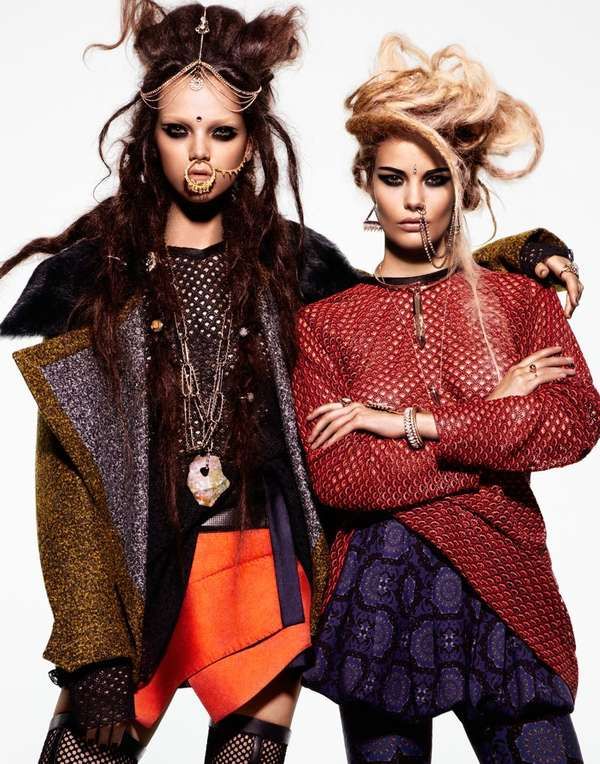 Meghan Young — September 24, 2012 — Fashion
References: blackbookmag & fashiongonerogue
Share on Facebook Share on Twitter Share on LinkedIn Share on Pinterest
Wild and slightly tribal, the Blackbook October-November 2012 editorial is a combination of Eastern elements and grunge style. Considering that the latter has been creeping its way into the limelight over the last few months, it is only natural that stylists start remixing the look for those who really like to experiment. In this case, stylist Christopher Campbell decided to dabble in the exotic.

Voyeuristic Urban Editorials
The C.E 2012 Fall/Winter Collection's Models are Being Spied On
play_circle_filled