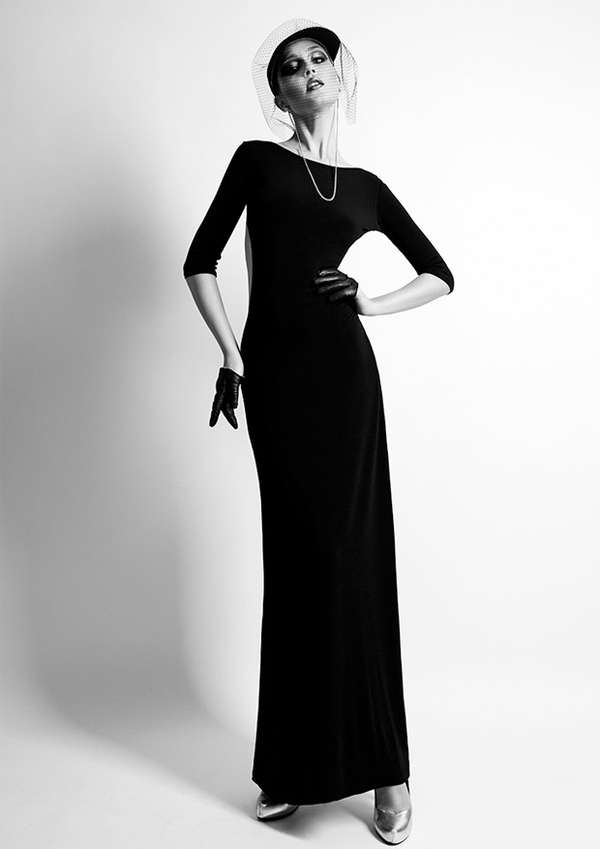 Black Dahlia by Fenia Labropoulou is Inspired by American History

Meghan Young — May 21, 2013 — Fashion
References: lafenia & fashionising
Share on Facebook Share on Twitter Share on LinkedIn Share on Pinterest
Shot entirely in black and white, Black Dahlia by Fenia Labropoulou, a photographer based in Athens, Greece, is inspired by one of the most enigmatic murder mysteries in American history. Taking cues from the 1940s, the decade in which the crime took place, the graceful vintage looks have been given a modern vampish update that will appeal to many women of today.

Styled by Katerina Gouma, Black Dahlia by Fenia Labropoulou is chock full of monochromatic curve-hugging dresses and shrouding veils. It stars ACE model Daianne. Captured in studio, she strikes strong poses that befits the feminine persona she takes on. Her elegant and sensual looks were perfected by makeup artist Adrianna Foutzoula, who played with deep red lipstick and hairstylist Renos Politis, who gave her a sleek do.
5
Score
Popularity
Activity
Freshness
View Innovation Webinars