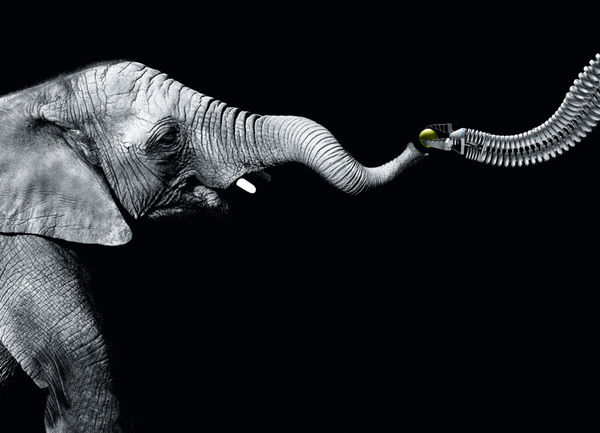 The Bionic Handling Assistant is Inspired by Elephant Trunks

The engineers from Festo used a process called 'goal babbling,' a term derived from the babbling that babies do before they learn to speak. The robotic arm is manually forced into a series of positions and learn to adopt them. It can be trained to repeat certain actions and grasp objects small and big. The robot makes note of how the trunk behaves in different positions and creates a map for the various trunk positions.

The bionic handling assistant is also able to respond to accidental contact with humans by yielding immediately, before resuming its normal operations.