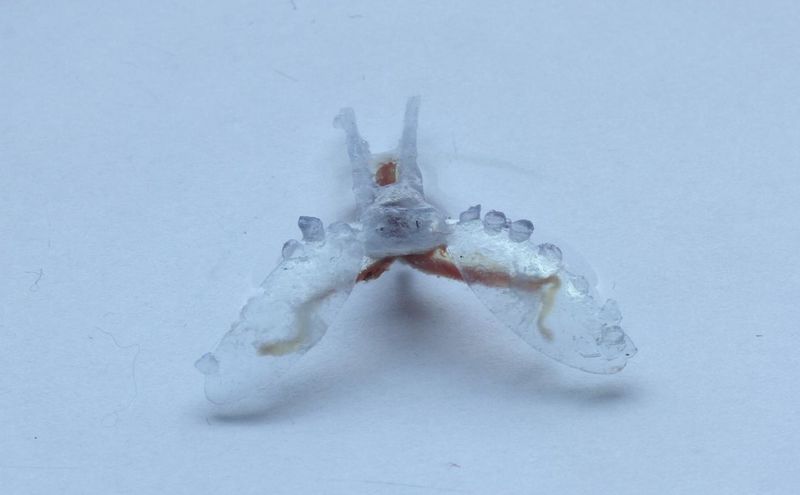 Joey Haar — July 20, 2016 — Tech
References: eurekalert.org & theverge
Share on Facebook Share on Twitter Share on LinkedIn Share on Pinterest
Researchers from Case Western Reserve University have built a biohybrid robot, or a robot that incorporates biological material in order to function -- similar to cyborgs that populate the pages and screens of science fiction works. The researchers' bot uses muscles from the mouth of a sea slug to provide locomotion, while those muscles are attached to a 3D-printed frame that acts as an exoskeleton. When electric currents are alternately activated and deactivated in the organic muscle tissue, the robots "arms" flex and release in a crawling motion.

To be sure, the movement is very rudimentary. Crawling along the ground, the biohybrid robots move like sea turtles -- albeit at only 0.43 centimeters per minute. The benefit of later versions of these bots, though, is that the energy needed for movement is far lower than with a fully battery-powered equivalent.