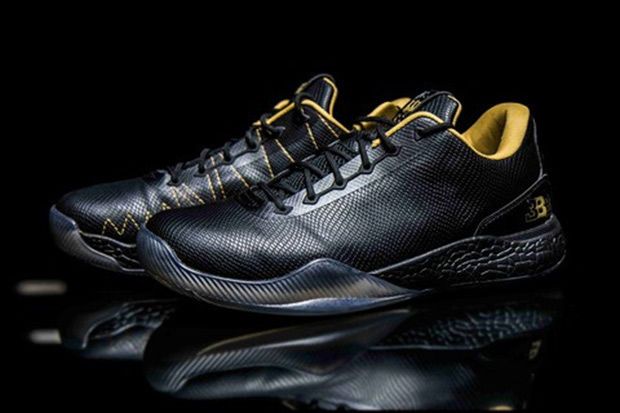 Michael Hines — May 5, 2017 — Fashion
References: bigballerbrand & bleacherreport
Share on Facebook Share on Twitter Share on LinkedIn Share on Pinterest
The Big Baller Brand ZO2, the official shoe of UCLA's Lonzo Ball, has just been revealed. The Big Baller Brand was created by LaVar Ball, father of Lonzo. The elder ball is attempting to take on big shoe companies like Nike and Adidas, forgoing the shoe sponsorship deals NBA players normally sign. Lonzo Ball is expected to be a top pick in the upcoming NBA draft, and when he finally hits the court as a professional these are the shoes that will be on his feet.

What makes the Big Baller Brand ZO2 so unique is its price point. The Z02 Prime starts at $495, although that price balloons to $695 for sizes 14 and up. Then there's the Z02 Wet which is autographed by Lonzo Ball. That starts at $995 ($1,195 if you wear a size 14 or higher) and comes inside an acrylic case with white LED lighting. Should you be unable to afford the Big Baller Brand ZO2 shoes the company also sells sandals for a cool $220 a pair.
6.1
Score
Popularity
Activity
Freshness
Attend Future Festival