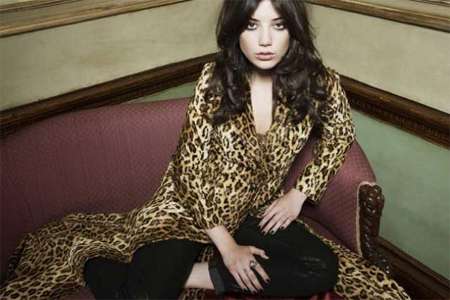 Meghan Young — August 26, 2010 — Fashion
References: bibaboutique & vogue
Daisy Lowe has just been unveiled as the face of the Biba AW10 campaign. Releasing the accompanying image to the headline, I can understand why. Her desirous, doe-eyed look is endearing and animalistic simultaneously -- succinctly captured also in the cheetah print jacket she dons.

Extremely excited about taking on the responsibility of representing the brand, Lowe will showcase not only the apparel, but also the Biba AW10 accessory line as well. According to Stephanie Chan of House of Fraser, Lowe "is confident, fashionable and glamorous with a very distinctive look that we feel perfectly complements new Biba."