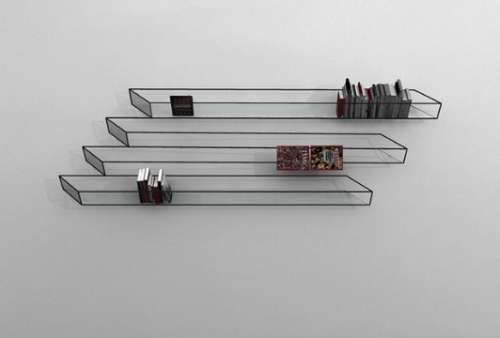 The Bias of Thoughts Bookshelf Takes on a Three-Dimensional Personality

Designed by John Leung from ClarkeHopkinsClarke Architects, the Bias of Thoughts Bookshelf relies on a two-dimensional illusion that makes it seem as though it were drawn directly onto the wall. Not only that, it is also based on the illusion known as the Impossible Fork: from the left, there appears to be four shelves, but from the right there are three.

According to the designer, the Bias of Thoughts Bookshelf is named so because "when ideas are passed from one person to another, due to the transfiguration of the communication process and the frame of mind of the receiver, they are always perceived with bias."
5.1
Score
Popularity
Activity
Freshness
View Innovation Webinars

Boat-Like Bookcases
With the Canoe Bookshelf, Books Won't Have to Sink or Swim