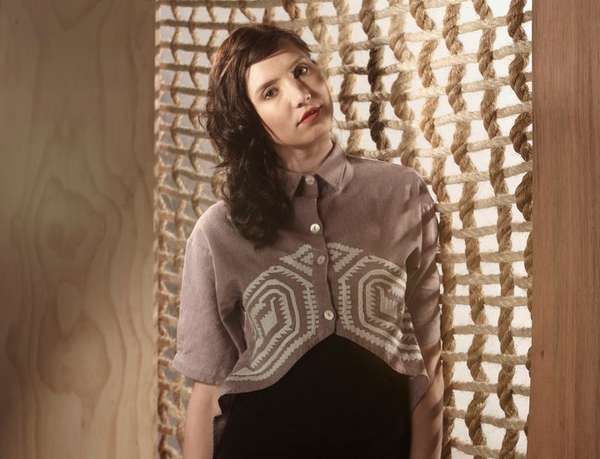 Bhalo works with two groups of producers in rural Bangladesh who are excluded from the social and economic mainstream. Though the founders began to work in the slums of Dhaka, they ended up choosing specifically to work in rural areas because they encountered the fact that many of the inhabitants of Dhaka slums were migrants who had fled rural areas in hope of employment in the city. Bhalo cuts in before rural garment producers migrate. An increase of migration not only creates a congested city center, but also separates families for long periods of time.

Bhalo’s community development initiatives involve providing the rural Bangladeshi women garment producers with training and employment opportunities, as well as healthcare for them and education and healthcare for their children.

The use of handmade production is often considered delicate and high-end due to the exclusivity and unique factor. However, consumers often fail to recognize that many garment producers -- mostly women -- have been left behind since the mechanization of the clothing industry (which has created a lack of employment opportunities) and thus, are unable to use their skills toward employment. Buying hand-loomed and hand-embroidered clothing can be considered an ethical consumer decision to support those people. Like many fair trade fashion brands, Bhalo also has an environment-friendly side: the cotton is AZO chemical-free.

Much of the design inspiration comes from -- you guessed it – traditional Bangladeshi prints and embroidery patterns. The result, however, is something more than what you’d find at your local Urban Outfitters. The Bangladeshi influence is subtle and not at all overbearing -- point-blank: Bhalo isn't trying to be something it’s not. Rather, Bhalo is a hip take on so-called “ethnic prints” that pays homage to its roots without offending.

Furthermore, Bhalo showcases a cross-cultural and cross-national collaboration with the business partners being both Australian and Bangladeshi, but more importantly, both are dedicated to creating change by allowing families to make a fair wage. Bhalo means “good” in Bangla, and thus refers to not only the quality of the clothing and the design but also the ethical investment in poverty alleviation and qualities of life.