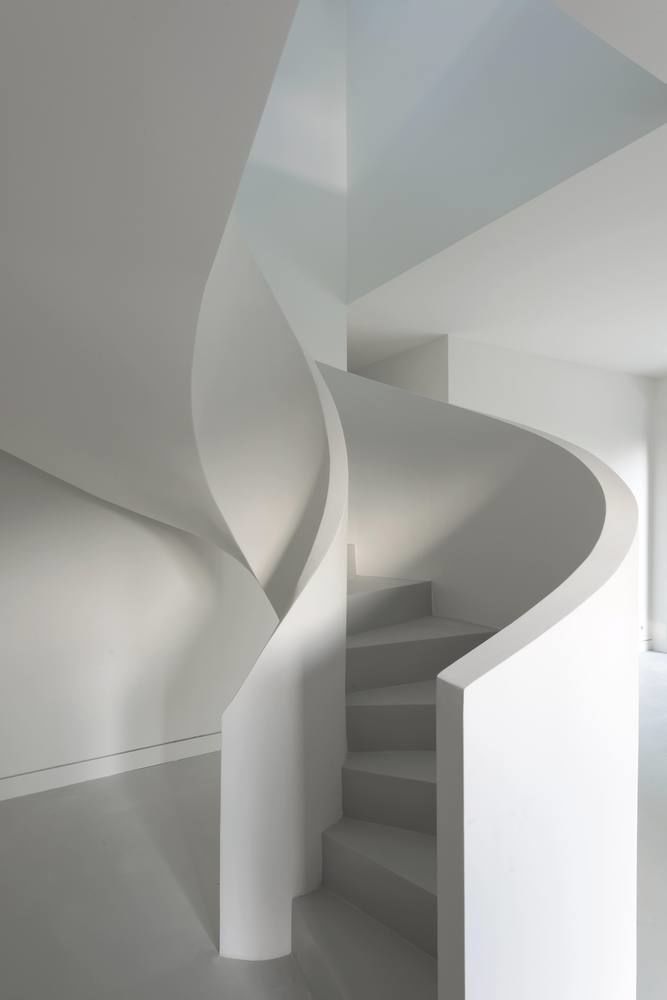 Joey Haar — April 27, 2017 — Art & Design
References: 19-86.fr & archdaily
Share on Facebook Share on Twitter Share on LinkedIn Share on Pinterest
Benoit & Roselyne, a new home extension built by French architecture studio DIXNEUFQUATREVINGTSIX, boldly extends off the side of a traditional villa in Nimes, France. Aside from its whitewashed exterior, the extension looks nothing like the home to which it's attached, with a uniquely geometrical shape that creates odd and unconventional angles throughout the space.

Benoit & Roselyne was designed for (and named after) an older couple who live in the small suburb of Nimes. The extension adds a significant amount of space to the villa that previously served as the second home for the couple, allowing them to now host their children, grandchildren, and friends for long visits.

On the interior, the home includes a smooth spiral staircase that leads to the upper floors and eventually to a rooftop balcony.
3.2
Score
Popularity
Activity
Freshness
Attend Future Festival