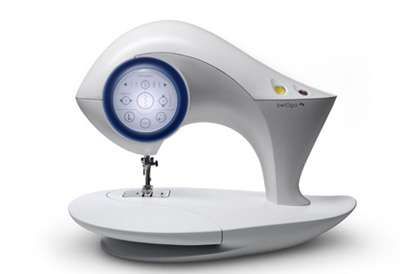 The belOga sewing machine concept is the brainchild of industrial designer Kristine Brückner. A graduate of Munich’s University of Applied Sciences, Brückner incorporated an eye-like circular touch screen that allows a user to preview the look of a stitch before sewing it. To delight those who are frustrated by the maze of sewing machine thread paths, the machine has an automatic threading mechanism that guides the sewing thread through everything except the sewing needle.

For those who just can’t get enough behind the scenes information, two small lenses on the side of the body allow a peek inside. The belOga is not yet available for purchase, but the unique, artful design is bound to give it mass appeal once it goes into production. You can e-mail Kristina at male.diven@gmx.de.
1.9
Score
Popularity
Activity
Freshness
Jeremy Gutsche Keynote Speaker