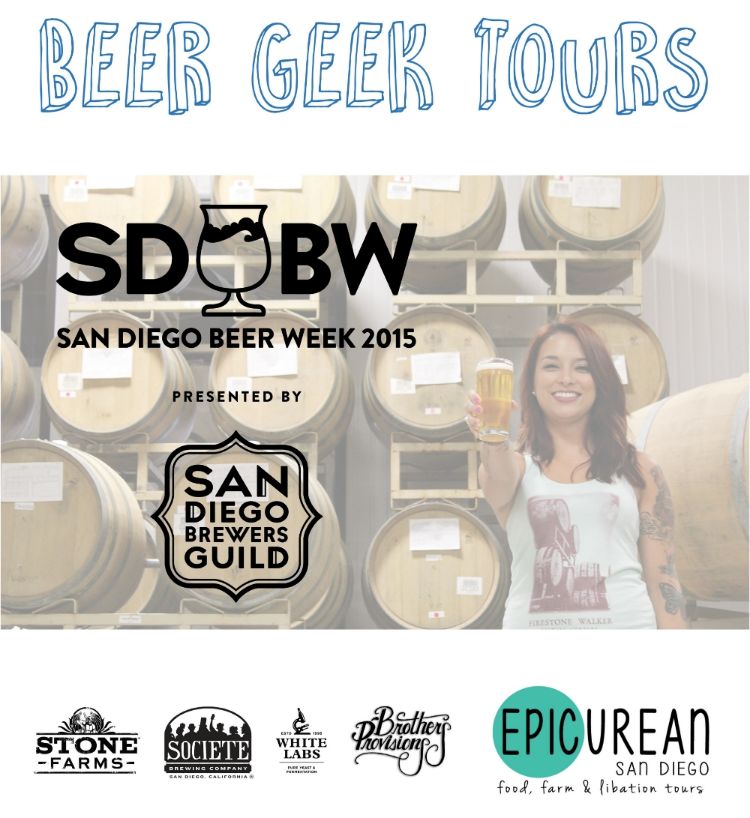 Katherine Pendrill — November 13, 2015 — Marketing
References: epicureansandiego.squarespace & discoversd
Share on Facebook Share on Twitter Share on LinkedIn Share on Pinterest
On November 6th, San Diego kicked off its first ever 'Beer Geek Tour.' Each year, San Diego Beer Week shines a light on 100 different breweries operating in the San Diego area. This year, the event held an education tour for craft beer enthusiasts to learn more about the art of brewing.

The Beer Geek Tour was an educational bus tour that explored the different aspects of the brewing process. Part of the tour involved a stop at 'White Labs,' which manufactures the vast majority of yeast used by San Diego breweries. The stop at White Labs includes a private tour and tasting, which helped attendees learn more about the role of yeast in the beer-making process. Following White Labs, the tour stopped at 'Stone Farms' and gave attendees a glimpse of organic hop farming. The tour ended with a lunch-and-learn session at 'Brothers Provisions.'

While most beer tours focus on interactive tastings, the Beer Geek Tour was more focused on education and teaching attendees about the craft brewing process. The popularity of the tour demonstrates that consumers are interested in learning more about how their beer is made.
0.4
Score
Popularity
Activity
Freshness
View Innovation Webinars