Next Sex & the City?

Competing to be Next Sex & the City 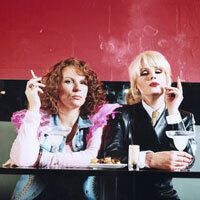 AbFab was a BAFTA and Emmy Award-winning British sitcom, and rumor has it that FOX is set to adapt the successful British comedy for American television. Unfortunately, series creator, writer and star, Jennifer Saunders will not be involved. Who will write the script you ask? Lacroix, dahling?  Not quite, but with Christine Zander of Saturday Night Live penning the script, and the basic template of the show remaining true to form, you can be sure to enjoy a chuckle or two.

With the passing of the wildly popular ‘Sex and the City’, there will inevitably be a market for the booze loving, naughty women of AbFab.
1.3
Score
Popularity
Activity
Freshness
Jeremy Gutsche Keynote Speaker