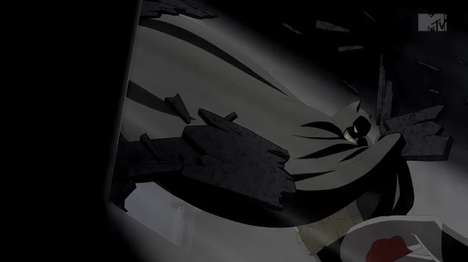 'Batman: Year One' Follows the Dark Knight's Origin and Evolution

Jason Soy — July 11, 2011 — Pop Culture
References: mtv & nerdapproved
It seems the world can't get enough of Batman, and with Christopher Nolan's 'The Dark Knight Rises' still a year away from release, consumers will just have to sit back and enjoy 'Batman: Year One,' an animated movie based on the graphic novel by Frank Miller.

'Batman: Year One' will once again tell the origin story of how Bruce Wayne turned his childhood trauma into a positive and devoted his life to fighting crime to ensure no one ever had to endure the tragedy that he went through. Like I even had to tell you that -- it's Batman! Just find yourself a copy of this movie when it's released and have a wicked awesome time.

Implications - Consumers are no longer satisfied with simplistic storylines from pop culture staples, and critically acclaimed writers are now finding work reimagining superheroes in ways that rival award-winning literature. Corporations can capitalize on this consumer demand by offering items that further enhance the mythology of an existing narrative universe.
2.8
Score
Popularity
Activity
Freshness