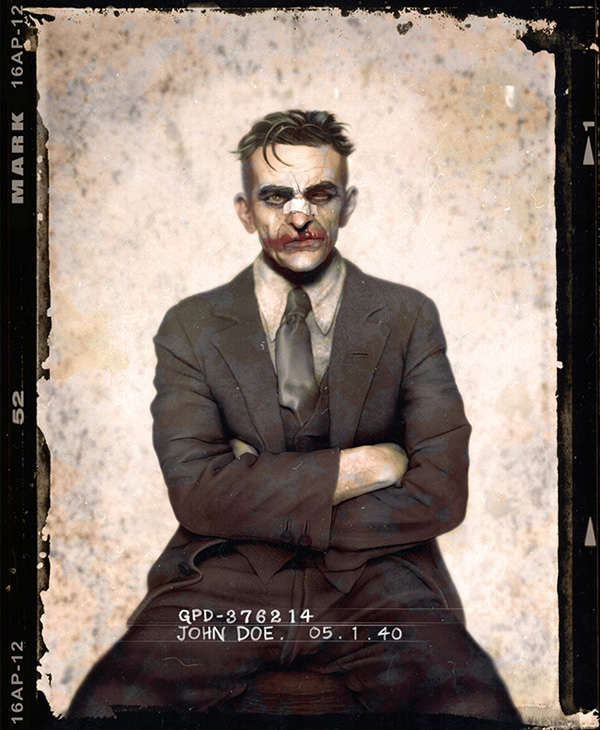 Kyle Towers — April 23, 2013 — Art & Design
References: jempixel.blogspot & neatorama
These photo-mimicking images of Batman bad guys by Jason Mark, AKA Jempix, gives us an idea as to what it may have looked like if these characters existed in the 1920s.

The series gets its inspiration from Australian convict mug shots from the 1920s. Jason is able to accurately depict the look and feel of this using 3D art. It's quite impressive how realistic the pictures look, especially the border design and writing style of each photo.

The project was a smooth transition for Jason, as Batman is often portrayed with a vintage influence. There is also a retro feel in the movies from the 90s, animated cartoons and variety of comic books. This translates nicely for these captures of Batman bad guys.