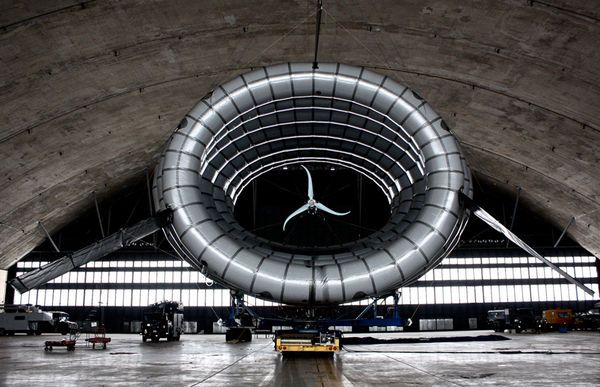 Michael Baxter — March 25, 2014 — Eco
References: altaerosenergies & designboom
Share on Facebook Share on Twitter Share on LinkedIn Share on Pinterest
The BAT project is breaking new ground in wind energy. The airborne turbine is looking to break the world record and its doing it by a large margin. The turbine will break the world record by over 275 feet to be considered the world’s highest wind turbine.

Wind power has been around for a long time but never taken center stage. If attention was the goal breaking a world record seems to be the goal. The turbine will use a helium shell casing to allow it to float to heights that haven’t been reached before. When there the turbine will have access to stronger and faster winds than other turbines at lower altitudes.

With these winds, the turbine will be able to consistently deliver low cost, sustainable energy.