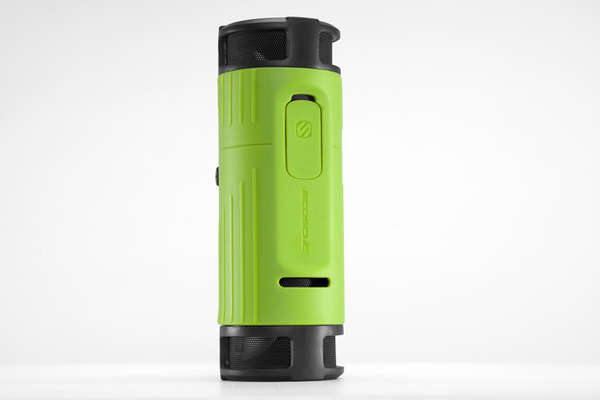 Andrew Sztein — January 8, 2013 — Eco
References: gizmodo & engadget
Share on Facebook Share on Twitter Share on LinkedIn Share on Pinterest
Okay, so it wouldn't exactly have the same effect if John Cusack held up a water bottle instead of a boombox at the end of 'Say Anything,' but the good folks over at Scosche have unveiled its new BoomBOTTLE system at CES 2013, making that a possibility for people trying to mimic the iconic scene. This piece should excite cyclists looking to streamline their water and musical intake simultaneously.

Water and electrical equipment usually mix as well as cycling and heavy downtown traffic, but the BoomBOTTLE appears to combine the two quite effectively. Aside from being water and shock proof, the bottle sports twin 40mm drivers for shockingly bass-heavy sound, Bluetooth connectivity for wireless headphones or for smartphone syncing and a standard headphone jack for the wired crowd.

Keeping refreshed while cycling has never been so musical.
4
Score
Popularity
Activity
Freshness
Get the 2021 Trend Report FREE