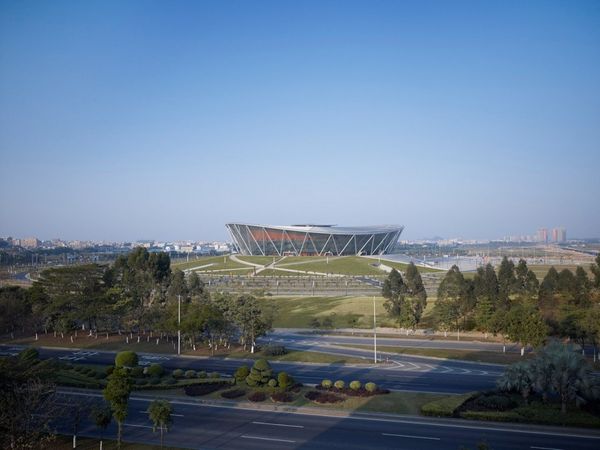 The Basketball Stadium by GMP Architects is Clean and Contemporary

Meghan Young — April 18, 2014 — Art & Design
References: gmp-architekten & archdaily
The Basketball Stadium by GMP Architects has just been completed in the Southern Chinese city of Dongguan. Not only does it show off the German architecture firm's pension for creating stunningly modern structures, especially stadiums, it also hones in on the country's growing love of this particular sport. Increasingly popular since Yao Ming made it to the NBA, now it can foster even more talent.

Inspired by the sport itself, the shape of the Basketball Stadium by GMP Architects takes after the circular shape of the hoops while the latticed windows can easily be interpreted as the net. It was even built on a raised platform. The orange color of the ball makes an appearance throughout the space as well.
1.6
Score
Popularity
Activity
Freshness