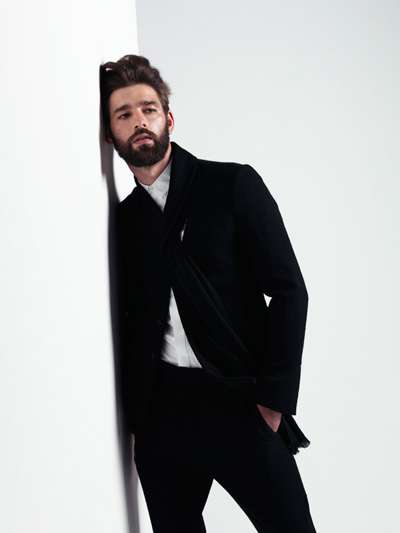 The series is all black and white, adding to the soft and withdrawn vibe of the shoot. Barry vd Zeeuw, of Republic Men, looks elegantly preoccupied and slightly disheveled as he poses -- often without a shirt -- in an odd mix of ultra-casual (by that, I mean underwear) looks and a few pantsuits. Styled by Pierre Gorzala, the photo series includes a pair of classic white pants, a few cozy knit sweaters and a couple of sleek men's suits -- one is classic black while the other is charcoal and features a fashionable soft plaid pattern.