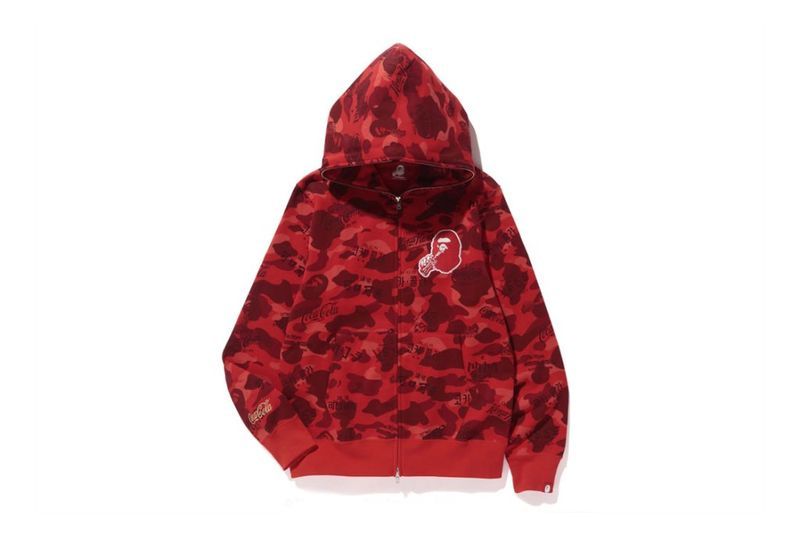 A New BAPE Collaboration with Coca-Cola Features the Soda's Branding

Riley von Niessen — October 17, 2016 — Fashion
References: bape & hypebeast
Share on Facebook Share on Twitter Share on LinkedIn Share on Pinterest
BAPE collaborations have been rather frequent as of late, with a few including a collection that pays tribute to the popular game Monster Strike, one with Adam Lister and another with KITH, which was shown off by rapper Joey Bada$$ in an editorial to promote it.

For the latest BAPE collaboration, the Japanese streetwear brand joined forces with Coca-Cola, for the second time so far. The collection of apparel ranges in style -- incorporating the expected t-shirts, hoodies and hats, as well as backpacks, bandannas, drinking glasses and cooking aprons.

Each is decorated with a mixture of BAPE and Coca-Cola's branding, with the soda brand's iconic lettering and red colorways coming in to play along with the streetwear brand's logo and mascot.
2.8
Score
Popularity
Activity
Freshness
Jeremy Gutsche Keynote Speaker