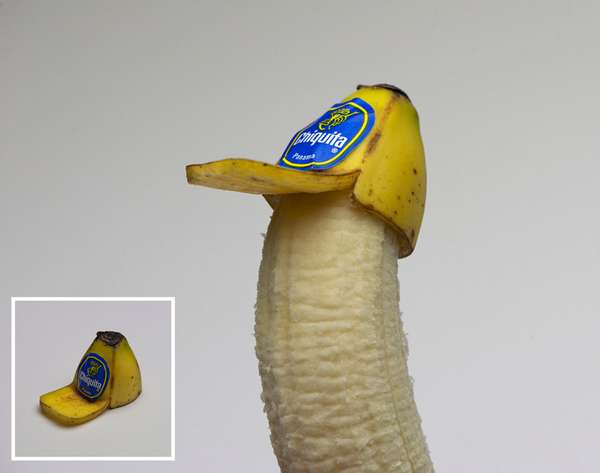 The motivation for the banana peel trucker hat was less for the artistic appeal and more to cheer up Davis's grumpy children in the morning. Davis stated that he, "had this idea to make a quick banana peel trucker hat for the bananas to wear using the peel of the banana. this cheered them up and it made the banana look relatively hip." For an extra touch to this banana's toque, Davis added the little stickers that usually accompany bananas to serve as a logo.