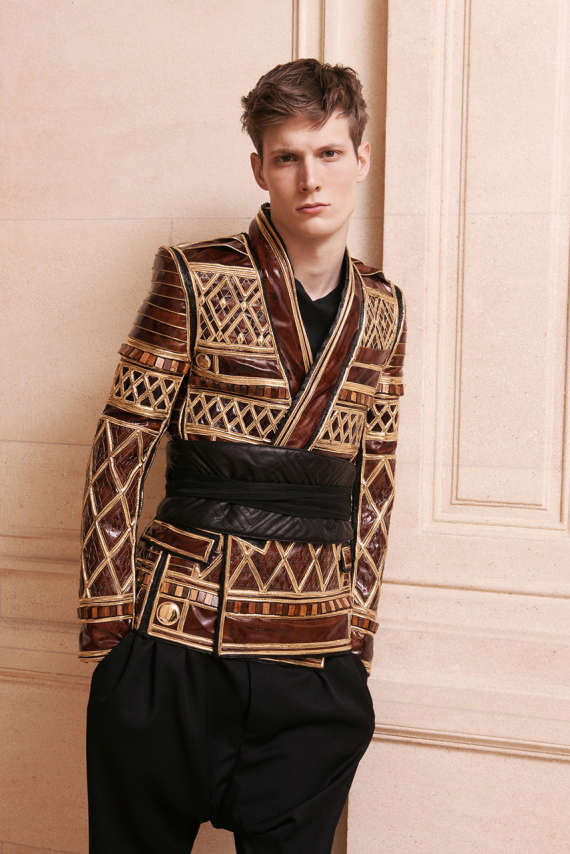 Olivier Rousteing, the head designer for the fashion house, decided to take inspiration from traditional asian garb. This can be seen in the large leather and woven Obi sashes, typically seen on Geisha's, the asymmetrical closures as well as the ornate attention to detail in its embroidery and leathers. Another large style that was consistently seen throughout his pieces were the harem pants, which originated from the Middle East. Though this specific style has seldom been seen in the world of haute couture, the mixing of intricate details and patterns with the drop crotch pants make for a very upscale and chic collection.