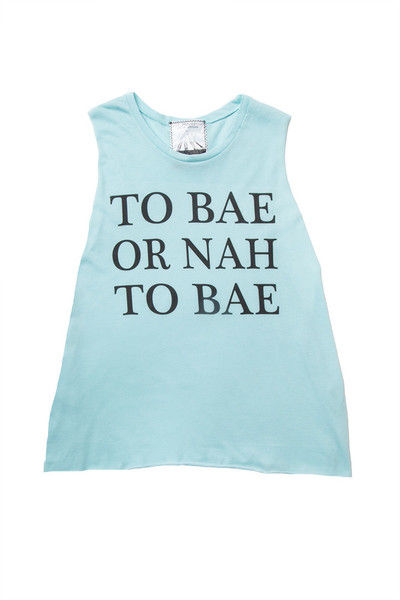 The Bae Shirt by Kid Dangerous Asks an Existential Questions

"To be or not to be" is arguably one of the most recognizable phrases in the English language. It first appeared in a soliloquy during Shakespeare's tragic play Hamlet. During the scene in question, Hamlet is considering whether or not to commit suicide. To this day, the phrase continues to be referenced in literature, theater and popular culture.

Kid Dangerous took things one step further by incorporating the popular slang term bae into the phrase. The acronym stands for "before anyone else," and it's affectionately used to refer to your significant other. Instead of contemplating life or death, the question is now whether or not to make someone your bae.
1.1
Score
Popularity
Activity
Freshness