"Back To The Future" For Real? 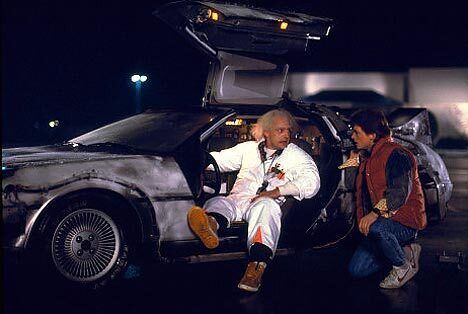 Russian Mathemeticians Say It May Be Possible

IdeaMan — February 12, 2008 — Pop Culture
References: dailymail
Share on Facebook Share on Twitter Share on LinkedIn Share on Pinterest
Nuclear scientists at CERN (European Organisation for Nuclear Research) are planning an experiment that could make that a possibility, according to Irina Aref'eva and Igor Volovich, of Moscow's Steklov Mathematical Institute. CERN's high energy atom-smashing tests could "create a rift in the fabric of the universe" that could "open the door to visitors from the future" by warping space-time so much that a link, or "wormhole" is formed connecting the present to the future.

Other scientists, however aren't convinced. According to the Daily Mail, "Dr Brian Cox, a member of CERN and one of Britain's leading experts in particle physics, is highly sceptical about the Russian claims, calling them "nothing more than a good science fiction story"". He explains, "Cosmic ray collisions in the upper atmosphere are far more energetic than anything we can produce...and no time travelers have appeared".