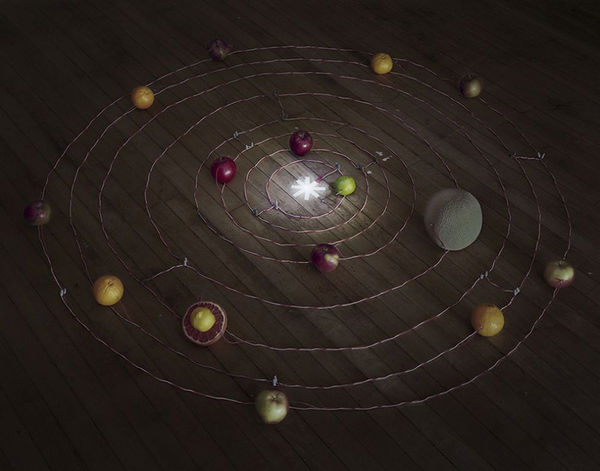 Back to Light by Caleb Charland Harnesses Natural Power

Meghan Young — January 29, 2014 — Tech
References: calebcharland & thisiscolossal
Share on Facebook Share on Twitter Share on LinkedIn Share on Pinterest
The Back to Light photo series might ring a bell for some people. It was originally launched in 2012 and has since gone on to include even more baffling images that hammer home the idea of alternate natural sources for power. In this case, the Back to Light photo series revolves around the energy of fruits, artistically showing how they are capable of powering light fixtures.

Shot by artist Caleb Charland, the Back to Light photo series takes on either abstract forms or existing ones such as lamps and solar systems. According to the mastermind behind it, "Many people have had the experience of drawing power from fruit in the classroom, and it never ceases to bring a smile to the face or a thought to the mind. This work speaks to a common curiosity we all have for how the world works as well as a global concern for the future of earth’s energy sources."
3
Score
Popularity
Activity
Freshness
Access Advisory Services