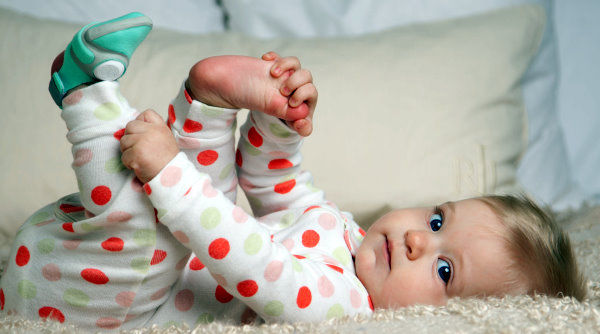 Owlet Introduces a Comfortable Wearable to Track a Baby's Health

Meghan Young — May 13, 2015 — Lifestyle
References: owletcare & healthtechinsider
Share on Facebook Share on Twitter Share on LinkedIn Share on Pinterest
Owlet's baby smart sock is a piece of wearable tech that helps new parents keep in touch with their newborn's health. Although it was originally announced a couple years ago, the monitor has since been tweaked and put on the market. Instead of what first looked like a mini cast, the baby smart sock not looks like an actual sock.

In addition to the look, the features have been improved and pared down to ensure parent's are given relevant data in an easy to understand format. It measures heart rate, blood oxygen level and breathing to give people peace of mind when not attentively tending to their children. Although it does sync to smartphones, the baby smart sock doesn't require that feature.
6.5
Score
Popularity
Activity
Freshness
Attend Future Festival Virtual