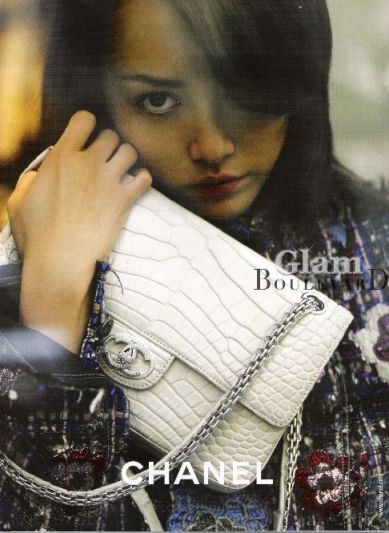 The actress, best known for her role in Babel, was photographed by Karl Lagerfeld for Chanel's cruise 2007/08 handbag collection.

"She has real power in her gaze, and an enormous potential to be a great actress. She can look at you with childlike naivety, then suddenly become a mysterious woman," Lagerfeld said of Rinko.

The campaign, which was shot in Paris last June, features Rinko posing in a shop window and clasping various bags by her side. Included was an extravagant model in white alligator and diamonds, only 13 of which were made.

The adverts will appear in fashion and style magazines as of November.