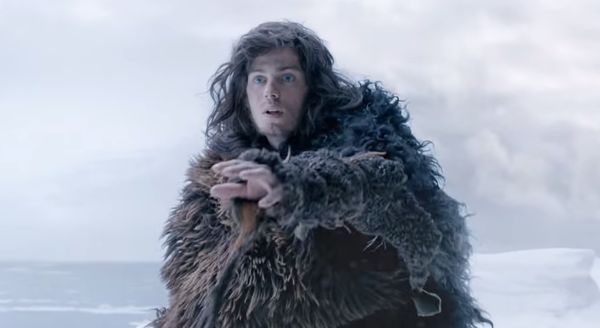 Laura McQuarrie — April 26, 2014 — Fashion
References: creativecriminals
Share on Facebook Share on Twitter Share on LinkedIn Share on Pinterest
Axe's commercial for 'Don't Rely on Fate' tells the story of what seems like an impossible romance, as a guy falls in love at first sight and is then unable to meet his dream girl. The Axe ad skips throughout time, teasing close encounters between the couple, only to have them ripped apart by tragic events like the ice age, the eruption of Mount Vesuvius over Pompeii, the Titanic and war.

As the commercial goes on, it's really starting to seem like this guy should just move on, since luck is obviously not on his side. However, as the commercial reaches the 21st century, the cursed man goes sprays himself with Axe and suddenly, his dream girl appears at his side. Soon after the couple finally unites, a truck comes crashing into the gas station they are just leaving and the guy's centuries of bad luck have finally ended.
3.4
Score
Popularity
Activity
Freshness
View Innovation Webinars