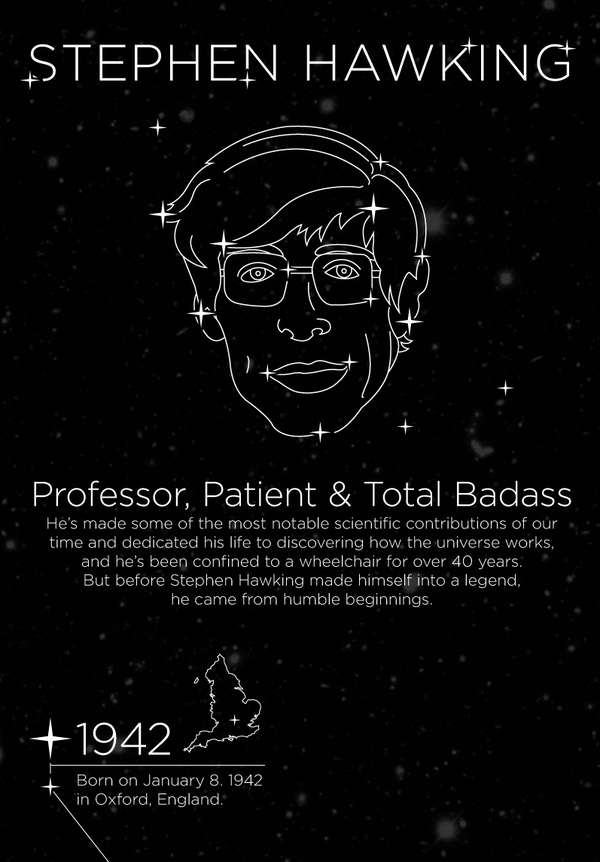 The Awesomeness of Stephen Hawking Infographic Reviews His Life

Rebecca Byers — April 10, 2012 — Tech
References: onlinephd.org & holykaw.alltop
Share on Facebook Share on Twitter Share on LinkedIn Share on Pinterest
OnlinePhD.com's the Awesomeness of Stephen Hawking infographic is a clever visualization of the history behind one of the most notable scientists of our time. The infographic, which is made to appear as a sky map, is subtitled 'Professor, Patient & Total Badass,' in an attempt to make light of Stephen Hawking's notable contributions to the modern understanding of the universe.

Beginning with his birth in Oxford, England in January of 1942, this informative graph is filled with interesting trivia, such as the fact that he had earned his PhD by the age of 23. Most amazingly, Hawkings was given only two to three years to live in 1962 due to a debilitating disease, but has clearly succeeded in making the most of it.
1.7
Score
Popularity
Activity
Freshness
Get the 2021 Trend Report FREE