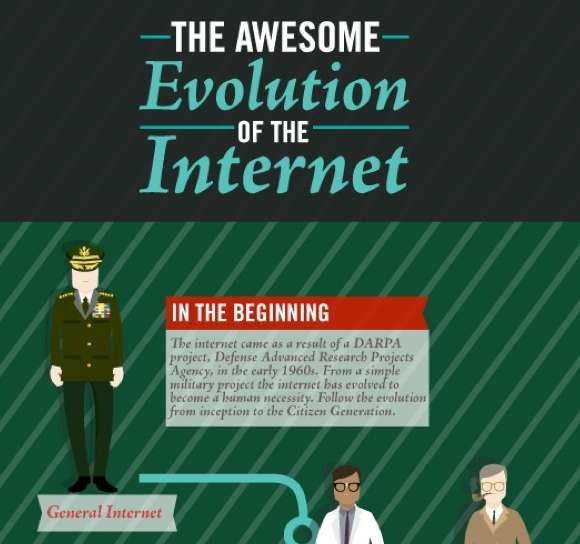 'The Awesome Evolution of the Internet' Dissects Online Minds

Marie C. Hudson — October 9, 2011 — Art & Design
References: grasshopper & onlyinfographic
Share on Facebook Share on Twitter Share on LinkedIn Share on Pinterest
With the Web entering the mainstream in the past decade, it's hard to imagine a world without the luxuries the Internet provides, but as 'The Awesome Evolution of the Internet' shows, early versions of the World Wide Web have been around since the 1960s. This web-focused infographic created by Grasshopper Group tracks the Internet from its beginning to now, with witty commentary about the evolution of web users through the years.

While most online users jumped on the Internet bandwagon as 'Third Generation Interactive Users' (those who joined for gaming purposes, Myspace, and eventually Facebook), it now seems that more and more individuals are becoming what the illustrated graph calls 'Fifth Generation Immersed Users.' These are those individuals who rely on the web for most aspects of their social and work life.

Whether you're new to the web, or already a veteran, 'The Awesome Evolution of the Internet' will definitely provide users with some interesting tidbits of info, and a few laughs.
5.5
Score
Popularity
Activity
Freshness
View Innovation Webinars