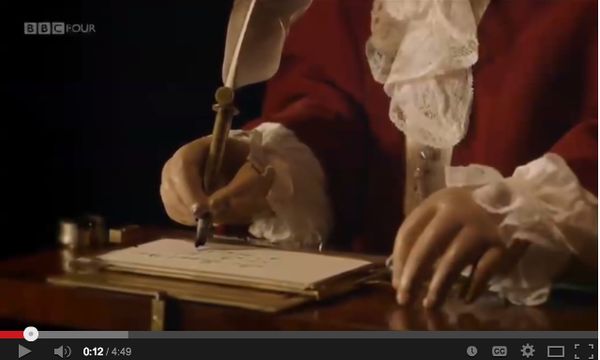 Tiffany — December 8, 2013 — Unique
References: laughingsquid
One of Switzerland's greatest clockmakers Pierre Jaquet-Droz created a human-looking automaton in the 18th century that is programmed to write messages with a pen. Called 'The Writer,' this 240-year-old device is the world's most astonishing and surviving automaton machine.

The concept behind Pierre's construction was to mechanize reason and automate passions. The writer boy consists of approximately 6,000 parts; every single part of this automaton has been excruciatingly refined and reduced to a miniature form to fit everything inside the bodice, allowing the machine to work completely on its own. In the core are a stack of cams, and as they move, built-in followers read the shaped edges and translate these into the movement of the boy's arm controlling every single stroke of the quill pen.
2.4
Score
Popularity
Activity
Freshness

Sea Turtle Cyborgs
The Naro-Tartaruga is an Efficient Aquatic Automaton