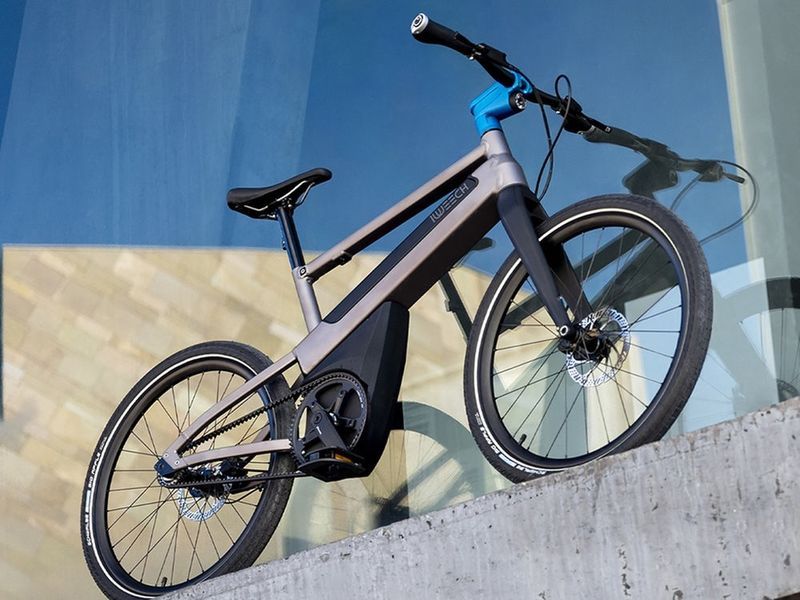 Rahul Kalvapalle — March 7, 2019 — Autos
References: iweech & kickstarter
Share on Facebook Share on Twitter Share on LinkedIn Share on Pinterest
Electric bikes have played a huge rule in revolutionizing urban transportation on two wheels, but the fact of the matter is that existing e-bikes only allow you to choose one specific degree of electrical assistance, which can lead to inefficient use of energy.

For that reason, French innovators have unveiled a more efficient creation, dubbed the iweech, that is capable of self-modulating its level of electrical assistance according to the situation.

What's so compelling about the iweech electric bike is that it uses artificial intelligence technology to gather information on the routes that you commonly travel as well as your riding patterns. By using predictive algorithms and taking into account various variables such as your battery level and the distance of your route, the iweech automatically changes electrical assistance level in order to save you precious battery juice.
5.7
Score
Popularity
Activity
Freshness
Get the 2023 Trend Report FREE

E-Bike Pilot Programs
Project Veligo Will Bring 200,000 E-Bikes to Paris and its Suburbs