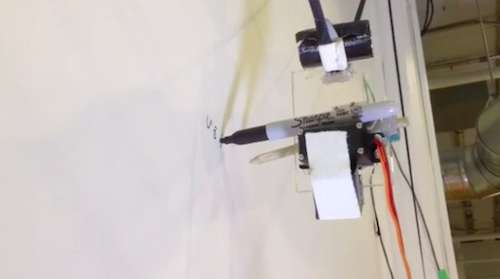 DraftFCB, the creator of the Auto-Graph robot, was inspired to build the handwriting replicating robot because of a donation card they were signing this year. In a typical office, the card would be passed around from person to person but DraftFCB has multiple employees overseas and, hoping to maintain the personal touch in the cards, designed the mimicking bot.

After receiving and analyzing digital copies of signatures submitted by people around the world, the Auto-Graph robot can mimic the style of writing onto any given surface, replicating the writer's style stroke by stroke. While the lines aren't the smoothest due to the digital replicas, the effort and sentimental value from such collaboration on a global scale should be noted.
1.1
Score
Popularity
Activity
Freshness
Get Better and Faster