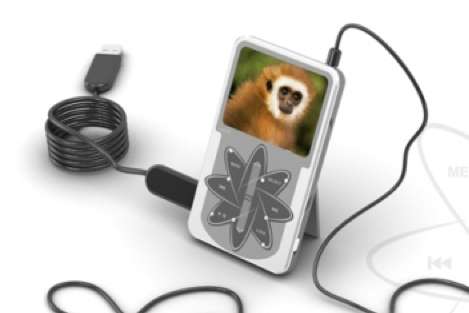 The Atom Interface Masters the Science of Personal MP4 Devices

Amelia Roblin — April 26, 2011 — Tech
References: coroflot & designbuzz
Being a device that's designed specifically for film-watching, the Atom Interface is definitely an attractive apparatus to many.

Lars Olson conceived the compact gadget under the inevitable influence of iPods and wheel-controlled personal MP3 players. For this particular media gizmo, the heat-sensitive touch dial has been swapped for a more complex-looking system of buttons, that actually offer improved instruction and intuitive operation for the user.

Mapped out like a molecule with orbiting electrons, the face of the Atom Interface MP4 player requires direct pressing rather than circular stimulation, which better suits the separate functions of a movie-watching mechanism. The clever Atom Interface device comes with its own pop-out prop, and fits conveniently into your pocket.
0.7
Score
Popularity
Activity
Freshness