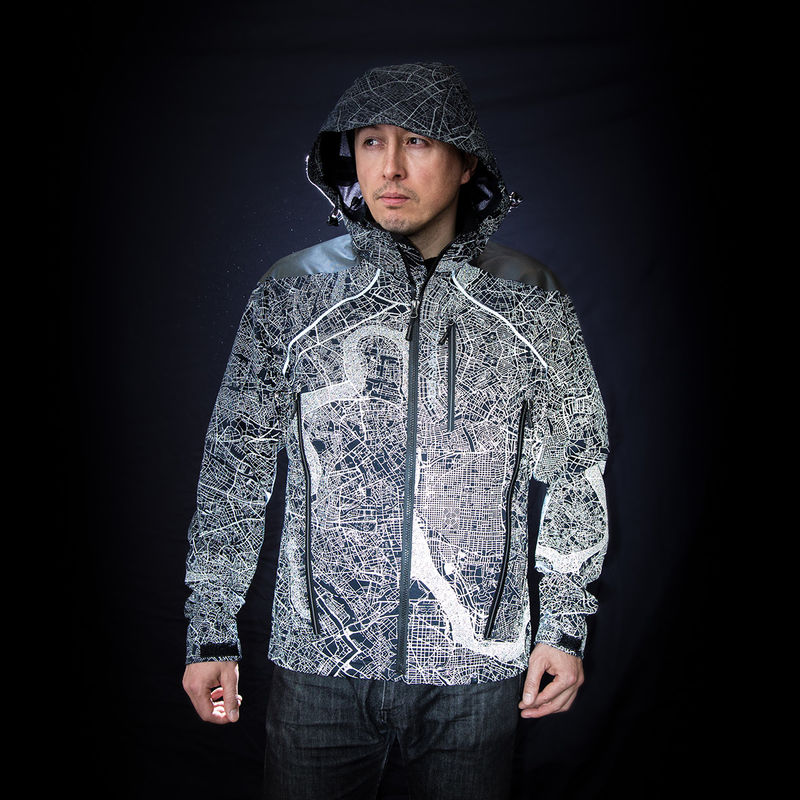 Joey Haar — February 21, 2017 — Fashion
References: showerspass
Share on Facebook Share on Twitter Share on LinkedIn Share on Pinterest
Showers Pass, a cycling gear and apparel company based out of Northern California, has released a new piece of safety clothing called the Atlas Jacket. Like most other cycling gear, the jacket is printed with reflective material that illuminates its rider during the night — what separates the Atlas Jacket from other is the pattern of that reflection. Showers Pass' jackets come with 11 designs, each of which displays the street map for a different cycling-friendly city.

The cities depicted on the Atlas Jacket are: Portland, New York, Washington DC, Paris, Barcelona, Amsterdam, London, Newcastle, Berlin, Sydney, and Taipei. Thanks to the way the material is cut during production, the maps are impressively granular, giving a detailed look at the cities depicted while still keeping riders brightly illuminated for traffic.
5.5
Score
Popularity
Activity
Freshness
Get the 2021 Trend Report FREE