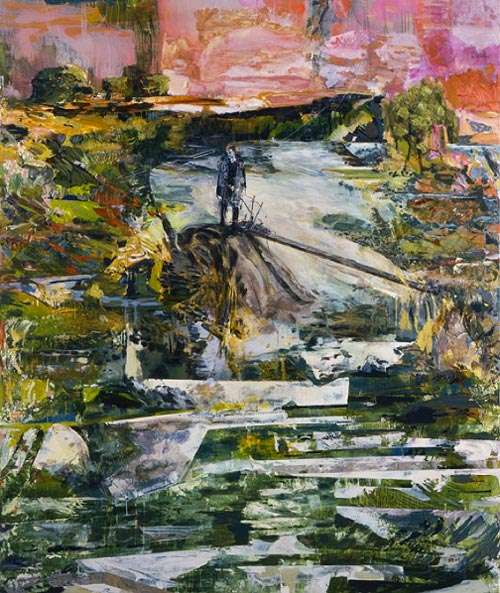 Artist Hernan Bas Creates Paintings That Are Colorful and Classy

As an artist, Hernan Bas began his career in 1997, when he had his first art show in his native Miami. Looking through his selected portfolio, it's hard not to be drawn in by his ability to create art heavily influenced by nihilist romanticism, literary history, and modern and vintage art history. His paintings deftly personify romance in a way that gives visual, artistic chaos reminiscent of any long-lasting, loving relationship.

As an artist, Hernan Bas' work has been exhibited at museums around the globe, including the Hiromi Yoshi Gallery in Tokyo, Japan, Galerie Emmanuel Perotin in Paris, France, and the Whitney Museum of American Art in New York City.

Up next for Bas: An exhibit at the Lehmann Maupin in New York in March 2012.
1.6
Score
Popularity
Activity
Freshness
Attend Future Festival Virtual