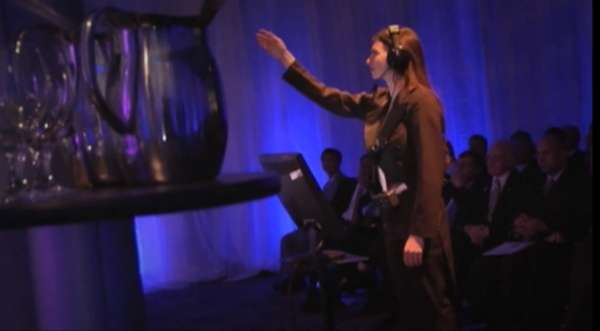 The Technology, Entertainment and Design (TED) Talks have brought laboratory research and innovation to the layman with unprecedented fluidity. At this year's TEDx conference held in Toronto, the co-founder and CEO of InteraXon made a splash with her keynote address on thought-controlled computing. It may be a difficult concept to digest, but we'll all be controlling our iPhone, TVs and computers with our minds in the near future. After converting easy-measured brainwaves through an "impulse actuator," Ariel Garten's technology translates it into digital signals which are used to control just about anything -- from remote-controlled cars to your DVD player.

Although mind-controlled devices may have to compete with voice-activated tech for the public's attention, I'm confident the former has all the edge. Soon you'll be able to control almost anything without the touch of a button.
3.2
Score
Popularity
Activity
Freshness
Attend Future Festival