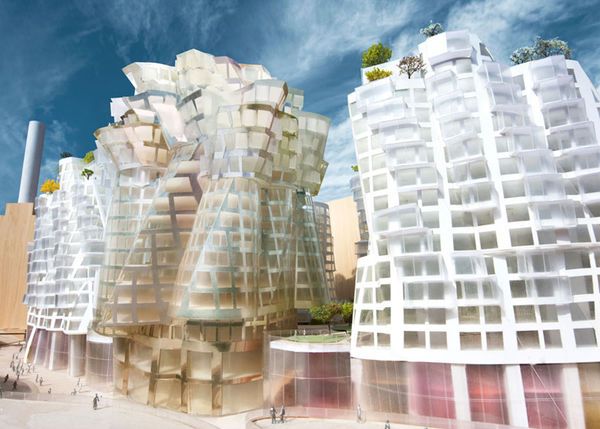 The Battersea Power Station Project is an Architectural Feat

The epic design plans for this neighborhood of 1,300 homes is part of the third phase in the redevelopment of Battersea Power Station in south London, which will connect a Victorian power station with an Underground station. As part of Rafael Viñoly’s plan for the 17-hectare site, the architectural feat boasts a pedestrianized high street, five residential buildings, one large apartment block, a community center and a park.

“Our goal from the start has been to create a neighborhood that connects into the historic fabric of the city of London, but one that has its own identity and integrity,” says Gehry. “We have tried to create humanistic environments that feel good to live in and visit.”