24 Ways to Wear Your iPod 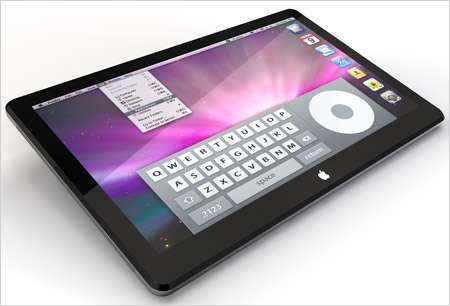 In Apple News, the Tablet May Go to Verizon and AT&T

Venessa Fisher — January 22, 2010 — Tech
References: news.google
In Apple news, the company is in talks to bring its rumored tablet device to the 3G networks of both Verizon and AT&T, according to reports. Since Verizon uses the wireless network standard called CDMA, and AT&T uses the GSM standard, Apple may have to produce two different versions of the device, says Fox News.

Then again, a “world edition” device that runs on both network types may not be out of the question, assuming the Apple news on this product is right and the device will have cellular connectivity. Two-timing tablets…how dare you.
5.7
Score
Popularity
Activity
Freshness

10 Modern Mailboxes
From Mini McMansion Mailboxes to the Apple Mailbox

44 Fruit-Fueled Features
From Kiwi Supercars to Apples Getting Funky