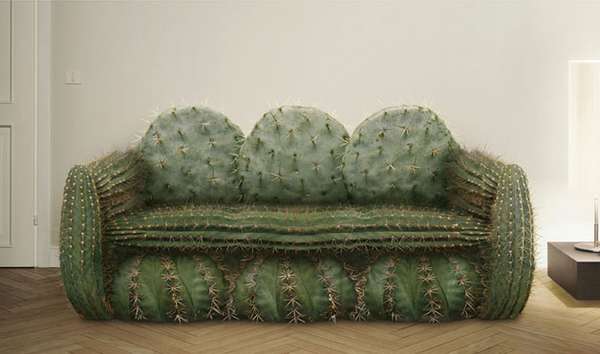 AXN's Campaign Tells You to "Relax. If You Can"

Shelby Lee Walsh — October 2, 2009 — Marketing
References: ibelieveinadv & womansday
AXN is an international pay-television, cable and satellite television channel that makes a big statement with their latest campaign. The Sony Pictures Entertainment-owned company puts the slogan, â€œRelax. If You Canâ€ atop their cactus and coal chairs.

Apparently, â€œAXN refills your adrenaline, with the strongest action movies and powerful programs. You won't sleep for sure.â€ What a suiting and powerful use of imagery for AXN's campaign!

Implications - Everyday items have a relatively consistent reputation amongst consumers. Businesses that portray alternative purposes of such items or opposite experiences accompanying them will capture the attention of consumers who recognize it as different. Companies that are willing to push the limits surrounding convention and tradition will generate much more memorable reactions than companies that maintain customary roles for such items.
3.1
Score
Popularity
Activity
Freshness

Cactus Chairs
Seating That Puts a Prick in Your Pants